Three Hours Too Soon Than A Minute Too Late? 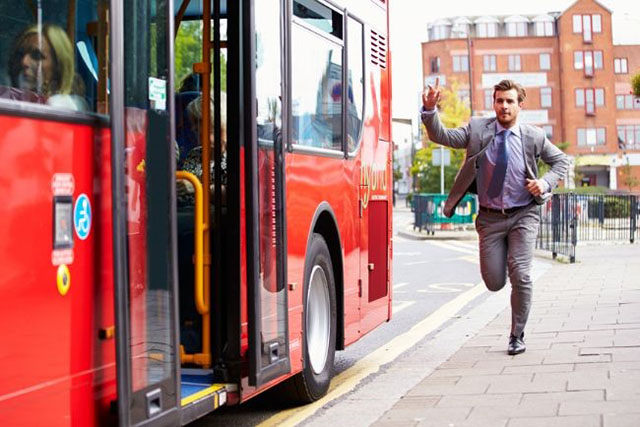 It’s been somewhat of a melancholy end to the third quarter for active managers. Two pieces of news have surfaced which serve to take the shine off the benefits of active management.

Firstly, the news that the UK’s largest public sector pension scheme has been put under political pressure to dump its sleeve of active managers for passive investments, following the Woodford debacle which the fund had a position in.

Woodford’s attempt to drive his flagship fund uncomfortably close to the regulatory red lines of investment suitability has hamstrung the case for active over passive, to the point that our politicians have felt the need to get involved which invariably ends in tears for the wider market.

Moreover, Woodford’s little gamble has backfired right at the moment when the case for active management reaches its zenith. Specifically, owning an active manager in a late cycle environment when broader indexes and corresponding Exchange-Traded Funds (ETFs) have rallied to all-time highs, leaves very little room for investors to keep rallying. Active managers in this environment thrive on the ability to pick out the few remaining opportunities which have yet to rally to their full potential, resulting in active managers being able to squeeze those all important few percentage points from this twilight rally.

Perhaps you are thinking, “I have already made the returns I want so I don’t necessarily need an active manager to make me more”. Well, late cycle active management also has a home for you!

In the same way an active manager can pick out the few remaining gems from an inflated market, active management can also avoid stocks which have been over bought and are thus ripe for a steep sell off. If you compare a fund of stocks deliberately picked because they will hold their value better in a steep sell off, over a passive investor who has no option but to own the entire market, which one do you think will protect your capital better if markets suddenly lurch lower? I think we both know the answer.

The second piece of news to take the shine off active management, was the announcement that passive investments (ETFs) in the US have now surpassed assets being managed in active strategies. This is somewhat of a watershed moment for the US investment market, and one which frames the parabolic growth of the cost-effective passive market.

Despite being a dedicated student of active management, the growth of the “passive” instrument has been quite a spectacle to watch and one I don’t mind saying makes absolute sense when one views it through the rose-tinted lenses of hindsight. In a ten-year bull market with trillions from monetary stimulus being pumped into the system, buying a cheap index has turned out handsomely for those who have chosen to invest 100% into the passive phenomenon. After all, why buy an active manager working hard to pick the best stocks when they are all going up? Well, that ditty chimes with markets trading at levels we know are cheap, but it rapidly loses credence when we reach even average market prices (and we reached these levels a long time ago).

The continued herd mentality of investing into the US passive market, despite evidence that US stocks are at all-time highs, suggests that the herd knows the stocks are expensive and doesn’t care. History would tell us this is a dangerous scenario in which to keep buying a passive product that seeks to own the entire market - warts and all.

I will briefly insert a notion for you to think about. What happens when a trillion-dollar herd mentality market of passive investors suddenly wants to sell all its US stock exposure at the same time but there is no one who wants to buy it?

The answer… well, I don’t have one because it’s never happened before, so I will frame the answer with the simple theory of supply and demand, because we all know what happens to a product with no demand and massive supply…

William Shakespeare once said, “Better three hours too soon than a minute too late”. Well, I think this resonates perfectly with my closing pitch on active management.

Active managers like TAM with decades of investment experience have seen these inflated markets and have, for some time, been buying defensive investments designed to protect client assets when the lights go out on this ten-year bull market.

In that respect, active managers such as TAM are potentially three hours too early, but one cannot stress how much better an active approach to defending client capital is going to be, rather that minute too late which risks exposing client capital to a market with the potential to self-combust as everyone runs for the exit at the same time.

For clients still fully invested into the passive phenomenon, there is still the opportunity to buy into this defensive positioning that TAM is building.

I am sure Mr Shakespeare didn’t intend for his prose to sum up the benefits of using an active manager to protect one’s investments, but, as usual, there is no school like the old school.

Three Hours Too Soon Than A Minute Too Late?
PREV ARTICLE
An exciting six months
NEXT ARTICLE
A bad year for liquidity (If you are one of the unlucky)