Q2 in Review; One half, two very different stories. 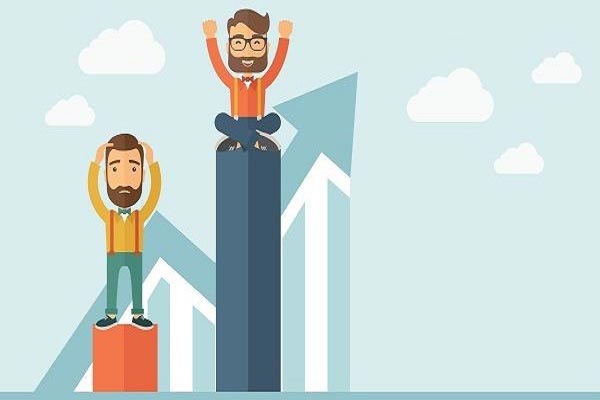 Q2 has been to the bull market what Q1 was to the bear market. The first quarter saw the MSCI World down 20% in record time (a little over 5 weeks) propelled lower by COVID-19 and a synchronised oil market crash. Inversely, Q2 has turned into one of the best quarters on record for global stock markets with the MSCI World recovering strongly back to pre COVID levels. Irony abounds in this Q2 rally as history will likely show us the second quarter of 2020 was the quarter when the world entered a global recession, not to mention the large resurgence of trade war risk from the US and China.

However, when it comes to the UK market, stocks remain slow to recover from the 28% decline in Q1 with the FTSE All share still down over 18% at the end of Q2 which looks very much like the Brexit uncertainty is still weighing down sentiment.

The main driver of the rally in Q2 has very much been a victory for sentiment over valuations, which is to say investors were hitting the buy button in Q2, not because markets and companies were looking attractive, but because they believed the level of stimulus injected into the economy from central banks and governments (AKA - fiscal and monetary support) was so large that it was tantamount to a guarantee that governments and central banks would not allow markets to crash. With this, investors concluded there was no real risk in buying into the market regardless of the damage the pandemic was going to be doing to the companies they were investing in.

This risk-on mood was supercharged in the latter half of the quarter by a potent mix of massive cash levels in portfolios and a lack of any real returns coming from fixed income, making equity markets the only game in town worth investing in. One final driver which needs to be referenced, is the return of the retail investor, who has continued to push money into the market at a record pace forcing fund managers and financial institutions to follow the retail money. No surprise then that the Q2 rally has been coined by fund managers as the most “hated stock market recovery in history.”

The start of the quarter saw a rally into big, safe sectors such as technology and mega-cap stocks because these were deemed to be the companies most resilient to the COVID pandemic. Towards the end of May and into June this rally in safe assets morphed into a full blown risk-on rally with stocks most exposed to COVID (airlines, oil and gas, leisure, tourism and cruise liners) rallying very hard, very quickly, as investors saw these stocks as the next place to make steeper gains over the more defensive assets that had rallied strongly and thus showed comparatively less value.

Looking into the fixed income market there was noticeably less volatility in Q2 vs. Q1 as government debt prices continued to remain very high, slowly moving higher on a trifecta of factors. Firstly, bond investors were clearly not 100% convinced by the narrative - which was driving equities higher - that we are in a V-shaped recovery. Secondly, with the level of central bank QE stimulus being so massive in size, the bond market was motivated to remain invested despite the meagre returns. Finally, with inflation expectations on the floor as a result of the vast stimulus injections across the globe, there remains no real danger of government bonds going into a downward spiral which has at the very least, prompted a buy and hold approach to government debt in Q2.

What was noticeable about the equity rally was the strength in sentiment, as usually sentiment is subject to fits and starts depending on what headlines hit the papers. Most noticeable was the resurgence of the US-China trade deal which famously de-railed almost entirely the market returns of 2018. However in Q2 2020, the spike in trade war risk and the combative language from Trump in blaming the Chinese for COVID did nothing to dent the rally. Investors continued to brush aside the risk of a breakdown in trade talks in favour of continued buying of equities.  This tells us a lot about how staunch and unshakable the intention was to simply keep buying the market and in that respect the strength in the Q2 rally is no surprise when one has the luxury of hindsight.

As a result, when one looks at the whole of the second quarter, with stocks now priced at, or near, the same levels they were before markets crashed, index prices are essentially indicating the pandemic is over in the eyes of equity investors.  Whilst this is encouraging on face value, it speaks to the core of why the market remains in a dysfunctional cycle. As such, investors such as TAM must remain cautious and some theory is outlined below to explain why this is advised.

If one considers that the price of a stock today is based on the future earnings value of a company, then the COVID pandemic’s forced deterioration in average company earnings should drive down the stock price. On the earnings side, this is what we have seen with company CEOs mostly announcing severe uncertainty in future earnings. Yet, at the same time, the stock market has recovered to near all-time highs which would suggest that the price of stocks does not reflect the deterioration in future earnings, thus making the price of the company today more expensive because of the deviation between the price paid vs. the declining prospect of future earnings. To date, there has only been one period in recent history when stocks have been as expensive as they are today – the dot-com bubble.

The single biggest risk to this scenario unwinding and forcing investors to reprice stocks is the resurgence of COVID cases and the government not injecting more stimulus via more QE, business bailouts and furlough cover, because without more fiscal and monetary support then there is much less of a reason to keep buying into the equity market with impunity which Q2 will be remembered for.

Finally in review of the quarter, the latter stages of June have seen US weakness coming through as a result of the resurgence in COVID cases in the southern states of the US which seems to be accelerating. With the US index up some 18% for the quarter, this weakness in the order of 5% in the final days of the quarter has not made a dent in the strength of the rally for the quarter, but remains something which is forcing volatility in stock markets to move higher as the US market intraday percentage moves up and down by over 3%.

As we move into the third quarter of this monumental, albeit slightly dystopian year, there are some landmark events which we need to recognise are potential drivers of stock markets.

The first and most obvious driver will be the materialisation of the “shape” of the recovery in the global economy and as the shape materialises, we expect to see markets reacting to it. One must state the obvious which is, there is a distinction between simply “recovery” and “full recovery”.

With stocks having rallied so hard, we need to see some of the economic data in terms of a recovery indicating the global economy is on the path of a full recovery back to pre-COVID levels if we want to justify current stock prices. For this to happen, the market needs to, at least, take a breather from the record breaking rally in Q2. It seems reasonable to assume that the market has now run out of macro drivers to seriously propel the market higher from here. What will likely emerge is much more of a focus on cautious and selective investing between winners and losers.

As we know, a market which is fully valued but has a wider dispersion between winners and losers is where active management excels so expect active funds to be outperforming passive index ETFs for the rest of the year. One can also expect to see TAM’s portfolios also rotating out of its index ETFs into more active versions invested into the same market.

As they say, a week is a long time in politics and nothing is going to vindicate this more than the upcoming quarter for the US election race which looks to send the sparks flying. I will leave commentary on the election for another day and just say that Trump is still viewed as positive for the markets because of his capitalist, high growth agenda, whilst Biden’s more cautious Democratic approach will be seen as pro taxes and fiscal moderation which will be taken badly by the market. So expect to see some volatility around who gets ahead in the polls where it looks like Biden is currently in the lead by 10-14 points depending on who you listen to.

Finally, Brexit looks set to be a storm in a British tea cup. Q3 will prove critical for the progress on a deal and likely by the end of the quarter we will have a good idea if we are exiting with or without a deal, which will prove highly volatile for UK assets including the pound. As it stands, it appears that progress towards a deal is running ahead of expectations and as such looks positive from here but make no mistake there remains a huge level of work to get this agreed so there remains a large element of uncertainty on this. If you want to know more then read TAM’s last note - Brexit: High Noon at the Last Chance Saloon.

In short, the third quarter looks primed to be very interesting as markets have been bid up to a price which leaves little to no room for error, yet there remains a huge number of pot holes to navigate. Expect to see strength in high quality assets and high quality government debt, and active management, which TAM remains heavily invested in, across all three measures.

Q2 in Review; One half, two very different stories.
PREV ARTICLE
Brexit:  High Noon at the Last Chance Saloon
NEXT ARTICLE
US Elections; A Game of Thrones