US Elections; A Game of Thrones 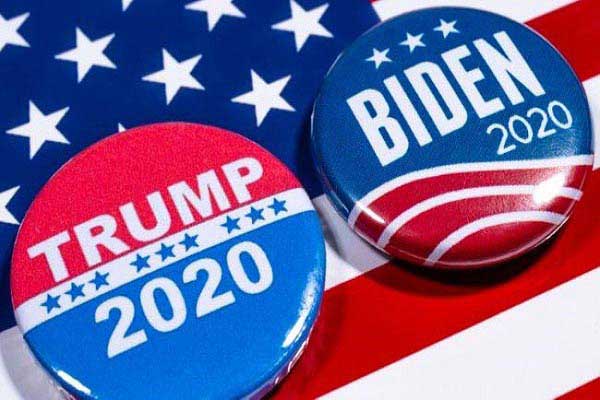 Make no mistake, the stakes are even higher this time around because Trump is already the sitting president so he’s moved from underdog to top dog and with that voters are going to expect him to up the stakes on the campaign trail. Normally raising the stakes like this might be exciting but with Trump’s behaviour polarising the US voter base like no other President in history, I think it's safe to say this 2020 presidential election will likely go down in history.

Now, it wholly depends on your leaning towards Trump which varies from person to person but consensus is in both Washington and in houses across America that Trump has made some costly mistakes in 2020. Whether they turn out to be lethal remains to be seen. So, from Joe Biden’s perspective, if Trump keeps shooting himself in the foot he doesn’t even need to open his mouth to boost his approval ratings.

COVID cases are dramatically spiking in the sunbelt states, some 15 million people are still unemployed, corporate bankruptcies are amassing, and a huge and long overdue focus on racial inequality under the “Black Lives Matter” movement have been grabbing the headlines in the US of late.

Right now Joe Biden has been deliberately tight lipped on all of these issues in favour of letting Trump make the tough calls as President and getting the subsequent flack for being apparently flat footed in his response to almost everything.  It’s equally as bad on a party level with the White House coming under fire for being slow to lock down the US states and implement proper testing. Forcing southern state governors to open up ahead of time only to have them re impose lockdowns has also been hammering Trump’s approval ratings. Ironic to think it’s the southern states with the highest COVID cases that are the same states that propelled him to victory in 2016 and who have now been turning against Trump in the latest polls.

What’s exacerbating the drop in his approvals ratings is more personal in nature. Trump’s initial refusal to take COVID seriously and only just beginning to wear a mask, his suggestion the virus was simply a conspiracy by the Democrats, his apparent endorsement of injecting disinfectant to combat the virus have all reflected badly on his ability as a leader. But above all the fractious and often incendiary comments from Trump on the Black Lives Matter movement have, at best, raised questions about his views on the racial divide and, at worst, fanned the flames of racial inequality in the US which have, in the latest polls, driven his approvals ratings in the Black voter base to just 10%.

The proverbial nail in the presidential coffin, is the damming portrayal of Trump in John Bolton’s book on the White House, and the equality scathing book on Trump’s inadequacy as Commander in Chief from his niece, Mary Trump which have both contributed to the demise in Trumps ratings.

Weirdly, it’s actually in times of national crisis that US Presidents notch up record approval’s ratings as the population rallies behind the government in support. In 9/11 and both Gulf Wars sitting presidents had approvals ratings in the 70% range. Not the case this time around, Trumps approval’s in the height of the pandemic were in the late 40% range.

Again, none of this has anything to do with Joe Biden and yet he’s amassed voters and poll leads simply by keeping his mouth shut.

Clearly “discretion is the better part of valour” is something not lost on Joe Biden because keeping quiet has rarely been so successful.

Now, that’s done the Biden camp proud so far but he has to come out and fight at some point and this is when Trump’s formidable campaign machine will begin to land some punches.

We can already see Trump softening up the Democrat challenger labelling him as “1% Joe” a reference to Biden’s disastrous election bids in 1988 and 2008.  Trump’s further labelling of Biden as “weak” and “slow” is all an attempt to erode confidence in the challenger. Supporters of Biden know he is prone to putting his foot in his mouth on occasion and Trump’s goal right now is to coax him out of hiding to allow him a platform to slip up. All of this is part of a campaign playbook the Trump election machine is adept at and we will get ample opportunities in Q3 to see it in full swing so expect to see his approvals ratings to begin closing the gap.

Biden still has some powerful cards to play in this race which have the potential to be disastrous for Trump’s election prospects. Firstly, Biden’s choice in running mate for Vice President. It's likely he could play into both the racial and gender inequalities in the US and choose a candidate like Kamala Harris who would be the first black female VP in US history. Whilst making a highly qualified VP in her own right, Kamala could likely galvanise both the black and female vote which are both formidable forces in the US.

The second power card is in the form of the Barack Obama, his president when Joe Biden was 2nd in command. Barack’s highly effective campaign rallies could be very powerful in garnering support across the nation for those who still have a place for mainstream politicians in their hearts.

From a market’s perspective, the stock market is a creature of habit and not prone to adapting to change well. The equity market has learnt to love Trump’s low tax, low inflation mandate to supercharge growth. With a Biden / Democrat victory in November’s election we could see more austerity measures such as higher corporate taxes to help pay for the unlimited spending now being seen in the US. Higher taxes mean lower revenue which means lower stock prices and we can expect to use the S&P 500 as a barometer of what the market thinks Biden’s chances of winning are so watch out for this.

From a national perspective Biden would put climate change back on the map with his $2 trillion spending pledge, we would see relations with Europe begin to thaw as we likely would with Mexico and Canada in the NAFTA treaty. Biden remains tough on China so expect to see trade and sanctions remain on the table in a Biden presidency.

As they say, “a week is a long time in politics” and this quarter, whilst we won’t see the vote, we will likely see some big battles between the two - won and lost depending on which side of the fence you are on. So much so that you might be able to see a clear favourite by the time Q3 comes into view.

Markets should become more volatile in the US as we get closer to the vote on both a political angle as well as a COVID one. TAM intends to approach the election invested into both high quality US equities with active management at the fore and being invested into the US government debt market which remains the world’s central government debt market and as such will remain a staunch asset class to be invested into regardless of who secures power in the November vote.

US Elections; A Game of Thrones
PREV ARTICLE
Q2 in Review; One half, two very different stories.