A turn around for Chinese equities? 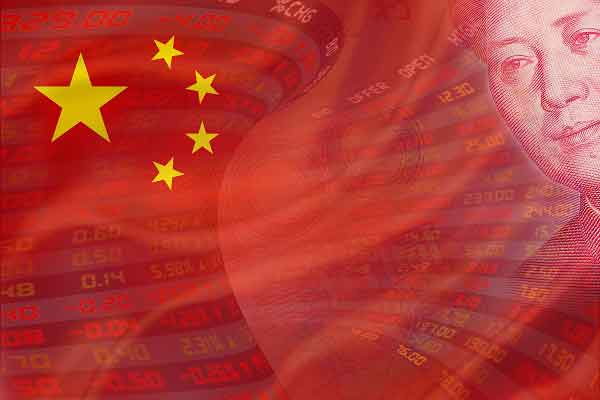 One may read the title of this note and find it hard not to question: ‘what about regulation? What about Evergrande? What about inflation and bottlenecks?’ And in the previous quarters of the year the inclination to agree with these tenets would have been easier. However, as we near the end of 2021 – a year which has blighted China and Emerging Markets as a whole – it seems that for numerous reasons, China could be a fertile territory for returns in 2022.

Alas, this note will not indulge the reader with ubiquitous phrases found in China fund manager commentaries such as, ‘regulation is over’ and ‘Chinese equities will rally 100% in 2022’ – but instead counter the current arguments posited by bears on the China equity market which, as we speak, are diminishing.

The most appropriate place to start is the conference which adjourned just last Friday 10th December. This was the Central Economic Work Conference (CEWC) in Beijing hosted by Xi Jinping and his most senior comrades from the Communist Party of China (CCP). The main message was ‘stability, but with growth’. This rhetoric, compounded throughout the CEWC, has provided investors with some comfort and indeed excitement as these important words signal a respite from the regulatory fervour that has plagued the titan names of Tencent, Meituan and Alibaba this year. This is not to say that the deleveraging of the real estate sector, data compliance for technology companies, and ESG for workers and the environment will be ceasing, but a time-period has been set for these policies to take effect and one can expect a pause in the hard-line restrictions we saw earlier this year.

By looking retrospectively at the aggressive economic policy of the CCP, investors’ fears of persistent regulation cycles should be further quelled. The party has proved in its almost 20-year track record that their policy is one of prosperity, using residential and technological growth as a cornerstone to lift hundreds of millions out of poverty. Therefore, the undying mandate of the CCP to strive towards a state with true common prosperity is not going to be thwarted by regulation anytime soon, indeed in their own interest. Hence, the policy shifts we have seen at the end of Q2 to reduce inequality and boost common prosperity has only fuelled impetus for the view that mega-cap Chinese companies are – if anything – more sustainable than before.

It would be remiss not to mention that these major alpha-driver companies have delivered enormous value to consumers and investors and this shouldn’t change due to additional regulation of the industry. By having a lack of Chinese equities in a portfolio, it’s possible an investor misses out on their growth as they adjust to life with regulatory impedance. This is nonetheless compounded with the fact many of these equities are low in the saddle, with valuations looking ever more attractive as we approach the New Year.

Thus, regulation, which has unnerved investors and sparked fears that China had made a policy shift that could only be described as ‘anti-business’ looks to have subsided – for the moment.

Moving on to Xi’s second trigger word ‘growth’ – a locution guaranteed to excite investors – this refers to the sizeable 5.5% Gross Domestic Product (GDP) target that the CCP has set itself for 2022. Going on current conditions, opinion is that Xi needs to source another percent of growth to hit said target, and it is believed this growth can be achieved by an easing of fiscal stimulus. On top of this, it seems timely to mention that the party’s 20th National Congress takes place in 2022, thus there is an inherent necessity for the CCP to hit target to further cement the tightening grip of Xi and the Politburo. Hence,
investors can expect that Xi will foster an environment which is kind to growth, and as result, kind to Chinese equities.

This of course all points toward the ‘magic money tree’ that returns with fiscal loosening. While the rest of the world enters a period of tightening, it seems that China will do the opposite. Thus, it is no surprise that immediately following the Politburo meeting, the People’s Bank of China (PBoC) announced a fifty basis point reserve requirement ratio cut for the majority of banks to pump liquidity into the financial system. And recent efforts to push down borrowing costs and support the housing market have also resulted in a stabilisation and slight pick-up in credit growth for the first time in nine months.

Going forward, more gradual policy loosening measures can be expected from early next year, including an increase in the bank loan quota as well as possible cuts to policy rates. This is all in major contrast to what seems to be a hair-raising period of fiscal tightening globally, with the recent announcement of increased tapering from the Fed, and the start of rate rises from the Bank of England.

So, this reduction of Producer Price Inflation (PPI) – which fell from a multi-year high in November thanks to a decline in coal and other commodity prices – coupled with a core inflation rate just above 1% (well below the 3% PBoC threshold) should give officials more room to manoeuvre, playing directly to the hands of Chinese equities.

A topic which would have been much larger had it caused more contagion, is the view that Evergrande and the real estate sector should not have an effect on the rest of Chinese GDP. After speaking with various fund managers, it seems that the collective opinion is the government will aid other areas of growth (technology, e-commerce, education) in order to hit their sacred GDP target and erase the ballasts that has been in their portfolio.

Readers may point to China and its zero-covid policy as Omicron sinks its teeth in globally, however, let us not forget that China is unashamed in its pursuit of domestic growth looking forward. Its resilience after a correction is unrivalled, and the value for investors now is looking exciting. Chinese equities are trading cheaply in comparison to the US and for all the above reasons TAM are bullish. 2022 should see gains in areas which may have lagged in investors’ portfolios this year and the opportunity set provided at the moment should give investors hope for significant improvements as the New Year comes in.

A turn around for Chinese equities?
PREV ARTICLE
TAM's view on the Autumn Budget: Has the leopard finally changed its spots?
NEXT ARTICLE
The future is bright for ESG