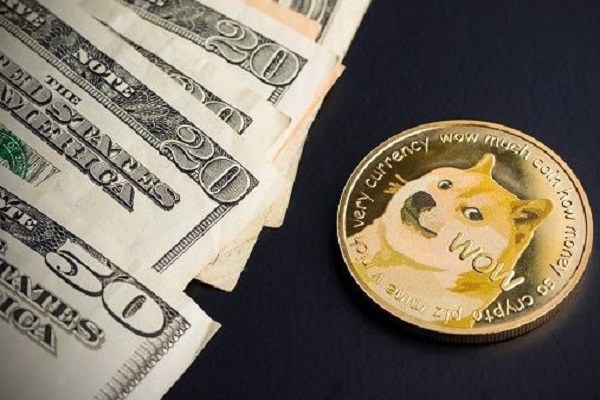 Bitcoin, Dogecoin, Wowcoin – just what is all this about anyway? Far be it from us to try and make digital currencies seem straightforward, but like many investment professionals, TAM are watching closely and learning about these new innovations and debating whether they could benefit our clients’ portfolios.

Whilst not exactly news, the emergence of so-called ‘cryptocurrencies’ has been a hot topic throughout the global pandemic, not least because of their headline grabbing gains in 2020 and into this year. Although not the first time we have seen cryptocurrencies soar in price and in the consciousness of global markets, this time does appear to be different. It is not just that Tesla is now accepting Bitcoin as payment for a Model 3 (one Bitcoin would buy you a Model 3 at current market value of over $50,000 USD), but about the growing shift towards the mainstream and interest from institutional investors.

Key questions remain, however. Are these digital currencies such as Bitcoin really currencies? In short - not quite yet in our opinion, though they have just made a big leap forward with Tesla’s news. Despite this, the exchange of Bitcoin and other ‘coins’ for goods and services is likely to be mostly nefarious and hard by nature to know due to complete anonymity. As Warren Buffet quipped, if Bitcoin keeps rising, go short suitcases! That is because criminals will be able to store their ill-gotten gains on a USB drive instead.

As we can’t yet use these cryptocurrencies widely, others including many in the investment industry are considering cryptocurrency to be more akin to a commodity, which is to say they liken it to a raw material exchanged for a perceived level of inherent value or utility. But here is the conundrum… what is the inherent value of a digital asset that you can’t use in exchange for everyday services, other than what another person is willing to pay for it? One might argue that so much energy goes into the ‘mining’ (calculating with almighty amounts of computing power) of a cryptocurrency that all we are doing is burning energy, then recouping the cost when selling the mined coin. That is an exercise in futility if true and one doomed to fail whilst accelerating climate change. Certainly not an investment for the ethically minded investor.

Others, and increasingly some investment professionals, argue that unregulated cryptocurrency is the future and that one day these could replace fiat (government-issued) currencies. We would posit this is highly unlikely. Whilst cryptocurrencies (or ‘cryptocommodities’ depending on how you look at it) currently pose very little threat to the authority of global central banks, if they ever did come to challenge major currencies, you can bet your bottom dollar that central banks and regulators will push back, and they will likely win. The UK regulator has already begun by banning, for now, the sale of cryptocurrency funds aimed at the retail market.

Now let us consider that these cryptocurrencies exist only as 1s and 0s on computer hard drives, recorded through a system known as ‘Blockchain’. This is a worldwide, decentralised ledger of transactions in assets such as Bitcoin, existing purely in the digital realm. A problem is that Bitcoin has previously been stolen by hackers out to make a quick few million. A notable example was in 2018 where around 500 million USD worth of the coin was stolen by hackers gaining access to the Coincheck platform that facilitates the buying, selling and storing of such assets. Over a billion USD of the bitcoin has been stolen overall since 2018 and this should send shivers down the spine of any investment manager considering the risks involved.

Then let us consider that Moore's law, whilst perhaps a little outdated, suggests the speed of computers will double every two years, whilst the cost of them halves, making mining these coins easier as time goes on. Although the architecture of cryptocurrencies has devilishly complex processes for trying to address this (we will spare the details, but the ‘Halvening’ is a good start for those interested), we cannot rule out technological advancement as a threat. There are several companies such as Dell making incremental advancements into the creation of 'Quantum' computers that could offer unimaginable computing power and the ability to dominate the mining of cryptocurrencies. That would be game over. These are just a few technology related threats, but there are more.

As much of the world continues to figure out the place these assets have in the financial landscape, the inner geek within each of TAM’s investment team remains receptive. We are not resisting change at the cutting edge, but we hold significant reservations for now. After all, cryptocurrencies have demonstrated immense volatility and by all accounts are the most speculative assets out there. We choose to focus attention on the elements of cryptocurrencies that we can more clearly see a future in, such as the Blockchain system, combined with the idea of a truly digital, but regulated currency.

While TAM continues to evaluate Blockchain as a thematic investment at the higher end of our clients’ risk spectrum and to actively engage with the investment industry on products coming to market, we believe it more beneficial to focus on other technologies that are coming to the fore, such as cloud computing. Investment into this space can already be found in our client’s portfolios and with our conviction behind it. We will, however, continue to stay abreast of these exciting, thematic ideas and move to take advantage of them when our conviction permits us.

Cryptocurrencies
PREV ARTICLE
ESG: Playing the long game
NEXT ARTICLE
Taking a look under the hood of active management