Is the UK economy rising from the ashes? 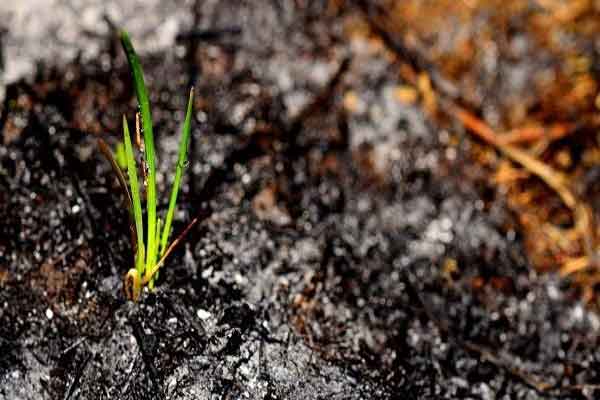 The UK economy has been one of the hardest hit by the COVID-19 pandemic, highlighted recently by data showing that output fell by 9.9% for the year 2020, which is the fastest drop in 300 years. Navigating through Brexit, at the same time as trying to contain a global pandemic would have been a tough year for any economy. However, the UK’s heavy bias to the service sectors, which includes some of the areas most affected by the lockdowns, such as hospitality, leisure, airlines and energy, meant that the UK was fending off punches from all angles. Unfortunately, this only served to put an already unloved economy further into the dog house, leading to the UK being one of the worst performing markets in 2020.

So where does it go from here for the UK?

In our opinion, there is much more upside potential than there is downside risk. We say this, because to be frank, at the valuation levels we’re seeing today for the UK, we find it hard to see how much further down they can go. The value bias of the sectors within the UK market has always made it an historically cheap market, but this has become even more pronounced in recent times. The UK has only been getting cheaper relative to the rest of the world since the Brexit referendum in 2016, and now stands at the cheapest it’s been in over 20 years.

With Brexit now somewhat resolved, and an element of political certainty brought back to the market, investors are likely to become more confident to begin tentatively dipping their toes back into this market, seeking out the bargains to be had. They will be looking for those diamonds in the rough, particularly in some of those hardest hit sectors where companies, which may have been shunned due to general negative sentiment towards their sector, have managed to maintain robust balance sheets throughout the turbulence and continue to be well-run businesses.

So if not the UK, where else would we be looking to invest? We believe the case for investing in the UK right now is even stronger when we look across the global investment universe. Across the Atlantic, we have the tech-heavy US market which actually benefited from the pandemic, as it created opportunities for these innovative technology companies helping people adapt to the ‘new normal’. The danger, however, is that we now have a grand total of… 5 companies (all of which are technology companies) which account for over 22% of the market value of the S&P 500 index! To us, this is an extremely high level of concentration risk which we cannot ignore.

Then we have Europe. Although relatively more attractive from an investment perspective than the US given its value tilt, it has been much slower in its vaccine rollout compared to the UK, which has been rapid in administering vaccinations to the population’s most vulnerable and elderly, suggesting restrictions could be lifted sooner rather than later. Germany, the Europe’s powerhouse, has been one of the hardest hit countries in the region by the pandemic and looks like it could remain in lockdown well past Easter. On top of this, there will undoubtedly be tricky waters to navigate for Europe following the UK’s exit from the EU, including disruption to trade and dealing with the hole left in the EU’s budget following the removal of Britain’s contribution.

US and Europe aside, there are pockets of value we see elsewhere in the world other than the UK, namely Asia and broader emerging markets. Again, this is a region of the world that was hard hit by the pandemic given the relative vulnerability of the economies of the developing world, as well as the ongoing geopolitical tensions it was facing for much of the year. Having said this, the region has proven to be surprisingly robust in its recovery, and with trade tensions easing and prospects of further weakening of the US dollar, we believe the outlook is looking positive for this region.

Although we have always held a diversified portfolio of global stocks and bonds, the UK is our home market, and therefore perhaps now it is time, more so than ever, to look closer to home for opportunities that could be sitting right under our noses.

We will be looking more closely at domestic facing companies, perhaps smaller in size, but which stand to benefit the most from the economy reopening and a recovery in output. They will also be relatively more immune, compared with larger companies within the FTSE 100 index, from any strength we may see in the currency, which has also been supressed for several years due to the Brexit discount. We know that companies in the FTSE 100 index generate the majority of their revenues internationally and are therefore negatively impacted by pound strength. By focusing more on the domestic market where we see the most opportunity in the months ahead, we believe we can create an almost ‘leveraged’ position within our UK equity exposure, where we can generate the most alpha without having to sacrifice the benefits of diversification within our portfolios, which we are achieving through investing across global markets.

A contrarian play in a market that is already our home market makes a lot of sense for us at this point in time. Going against the tide, whilst not straying too far from home, in our view, is an ideal scenario and one which we believe could lead to outperformance in the year ahead.

Is the UK economy rising from the ashes?
PREV ARTICLE
GameStop: It’s not just a game