So goes January, so goes the year 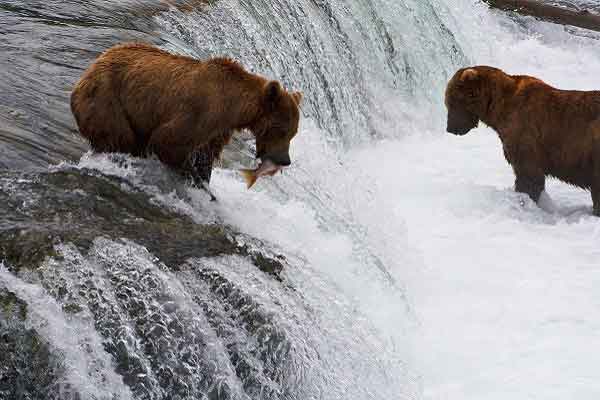 Yale Hirsch, as well as being the quasi-demi-god of market patterns and cycles, also coined the phrase used for the title of this note. And so far, nearing the end of February as I write, Mr Hirsch’s adage seems to be playing out. And in some fashion. The S&P 500 is down -9.21% YTD and in January the index declined 5.26%, troughing to -11.4% at one point, surpassing its worst January level in history. So, as traders and investors battled an average daily volatility of 2.06% (double that of January 21’), what fell, why, and conversely, what held up?

Inflation
It seems hard to write about anything at the moment without the topic of inflation coming up, and after bouts of differing central banker remarks, investors have concluded that inflation is not transitory. Although investors are using geopolitical worries as a shield, inflationary woes are primarily why markets have undergone a correction during this start of the year. Simply put, the last decade of historically low interest rates and benign inflation has given rise to index investing, a ‘buy the dip’ mentality and large-scale investing in growth stocks.

Growth stocks are companies that are expected to grow sales and earnings at a faster rate than the market average. For this reason they tend to have a high Price/Earnings ratio, making them look expensive to investors. However, in low interest rate environments, when companies can borrow cheaply to fund expansive growth and increase future earnings projections, these ‘expensive’ valuations are justifiable, making the stocks rise.  As you have probably guessed already, the opposite is true (by and large) when interest rates are raised by central banks to deal with rising inflation. This is because rising interest rates erode the future value of those projected earnings, scaring investors and resultantly causing a sell-off. Hence, there are no prizes for guessing why the high-flying U.S. stocks of the last few years like ‘spec-tech’ and SPACs have been hammered since the ‘hawkish’ pivot that the Fed, BofE and even the ECB have taken so far in Q1.

Thus, what has been growth stocks’ loss has been value stocks’ gain - a value stock is a company with a price that appears low relative to the company's financial performance – leaving investors to ponder the question, is this the time to leave the indices and flood into cyclicals and value?

While other investors have either thought this just now or have clung onto the hope that the magic money tree and endless liquidity provided by central banks will last forever, TAM has been wary of this potential value rotation since October 2020. Pzena’s Global Value fund has been in TAM’s portfolios since then and it has proven its worth again, gaining 4% YTD. Compare this to the growth leviathan of Baillie Gifford American (where some pension funds have allocated up to 40%), falling 31.2% YTD, it is clear to see where markets have headed and why.

This rotation wasn’t limited to US markets, and TAM has found European cyclical stocks to be a good spot as we enter a phase of monetary tightening, namely European financials. Financials – firms that provide financial services to commercial and retail customers - as a sector is a beneficiary of an interest rate-hiking cycle. This is largely due to a rise in borrowing costs for consumer and business loans when the ECB will raise rates in the future. Furthermore, due to heightened market volatility we expect there to be profitability from increased investment bank trade commissions. Given that the ECB has yet to start this cycle, TAM sees this as a strong pocket of value as we enter this structural market change, compared to the UK or US who have already started rate hiking for example.

Geopolitics
Historically, global markets weaken as wars approach, strengthen long before wars end, and treat human tragedy with a remarkable indifference. Thus, there is no surprise that Putin and his antics has rocked markets in the short-term. However, let us not overthink the different scenarios, and as Claus Visten – chief Eurozone economist for Pantheon Macroeconomics – said:

“The near-term consequences for markets are relatively simple: energy prices will keep rising, and equities will keep falling.”

And Visten’s tenet seems feasible given the S&P 500 Energy index is up 20% this year whilst the overall index has entered into ‘correction’ territory (this is a -10% move) at times. In response to this geopolitical turbulence, TAM went underweight equities relative to our benchmarks across all portfolios and topped up gold positions. The play for gold, if correct, assumes two positions: air cover for short-term geopolitical tensions, whilst also providing protection during the major structural issue of inflation and supply-chain bottlenecks.

Dark Horse
In a sea of bloodied waters, one country’s stock market has withstood a tirade of sentimental abuse: the UK. Yes, that is correct. The most unpopular marketplace of the last decade has finally shown up to the party, up nearly 2.6% (dollar terms) for the year. If you compare this with the growth-heavy indices of, say, the Nasdaq, which is minus 14% YTD, it is easy to see where investors have headed.

The good news for the UK continues. The Bank of America’s latest investor survey – a good litmus test for investor sentiment – indicated that fund manager’s net allocation to UK stocks rose by nine percentage points and UBS Global Wealth Management have placed a year-end target of 8,100 for the FTSE 100. Cynics will be quick to point out that investors have said ‘now is the time for the UK’ for years, and that the FTSE 100 has only just reached its pre-Covid level, yet there is no denying that investors are hunkering down in the UK whilst they see out a global inflation and geopolitical scare. At TAM we sit in the positive UK sentiment camp and as a result have increased our exposure to the FTSE 100.

Where does that leave us?
This note is not a growth-bashing exercise whatsoever, however the point here is that we at TAM believe that developing a barbell approach (value vs growth) in line with the rungs of volatility that are in the markets is the most effective investment policy. This way an investor can participate in the fruit of a market rally’s labour on the upside, whilst also ensuring that - despite being on the brink of major geopolitical unrest and a propulsion into an interest rate culture shock - their portfolio won’t shrink by a third. Like some have…

So goes January, so goes the year
PREV ARTICLE
When a ‘barbell portfolio’ works
NEXT ARTICLE
The fog of war