Do you want to make saving simpler? 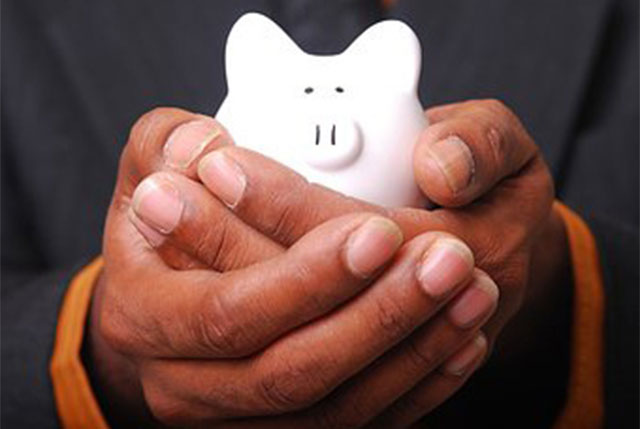 If the internet age possesses a curse which blights us all, it's surely that we're frequently overwhelmed with too much information.

Many of us find it increasingly difficult to digest, filter and review information for its relevance and usefulness before another batch of data or intelligence comes along to be processed in the same manner. The relentlessness of this information flow and our concern at missing something potentially useful often results in a fearful paralysis. We become frightened at making decisions before receiving the next incoming dollop of data, yet because this arrives so regularly, we end up making no decision at all.

Let me give you an example. I've just logged on to a well-known investment website where I'm confronted with a myriad selection of data on the first page.

There are seven items of regulatory news; four market reports; four market commentaries; seven 'market pulse' reports and a results round-up; details of the five highest-rising shares and the five lowest; there's an overview of five separate stock markets plus one graphic; three main headlines; a ticker-tape stream of share prices; six advertisements dotted around the screen and a browser in case I require some more information. This has become the norm, but where to begin?

In 1796, Charles Lamb, an English essayist and poet, wrote to his good friend and contemporary Samuel Taylor Coleridge advising him to "cultivate simplicity". What fine advice - and not just for literary folk.

The next time you find yourself weighed down by the internet's volume of information, financial or otherwise, you should heed Charles Lamb's words. Do the simple things well and the rest will invariably follow.

So what are the simple financial things upon (or around) which we may all build?

Given the prevailing level of economic uncertainty across the UK and Europe, perhaps the most sensible decision anyone can make is to rid themselves of as much debt, particularly the expensive variety, as possible.

Credit cards are invariably at, or near, the top of any list labelled 'expensive borrowings'. The answer? Cut up the card, or transfer to an interest-free card and resolve to pay down the debt before the interest-free period expires. It's a relatively straight forward, simple aim, but it's one capable of yielding colossal benefits.

Once the expensive debt is out of the way, consider how you may start chipping away at your mortgage, if you have one. Have you looked at an offset mortgage? Essentially, these are loans which allow you to offset the (mostly negligible interest) you would earn on your savings against the interest you're paying on your mortgage. However, the great benefit of an offset mortgage is this: the implied rate of interest you're receiving on your savings is the same as you're paying on your mortgage.

In other words, if a lender is charging say, 3.25% on your mortgage, standard-rate taxpayers would need to be earning more than 4.0% gross on their savings to obtain the same level of benefit as they would from an offset mortgage.

Alternatively, you could start over-paying on a standard capital-plus-interest loan - a simple enough process that can have a huge and almost instantaneous positive impact on your financial situation.

Once borrowings, expensive or otherwise, have been addressed, it's time to contemplate savings.

Before you do, it's worth remembering that the probability of the state being able to support anyone currently under the age of 40 with a retirement pension looks increasingly remote. Frankly, it's safer to presume that within 30 years the state will be unable to pay you a pension because they're either far too expensive, or else the flow of money being paid into the nation's imaginary pension pot in the form of National Insurance Contributions (effectively a supplementary income tax) is insufficient. Ultimately, I suspect that state pensions will be means-tested, with only the very poorest eligible to receive them.

To avoid being assessed for pension eligibility by a bureaucrat with a clipboard three decades from now, there could be great merit in saving into simple financial products such as an Investment ISA where all the growth your savings enjoy remains completely tax-free.

Nor is there any need to take enormous risks when opening an Investment ISA; an increasing number of folks invest in low-cost, ready-made, professionally-managed portfolios, designed for every type of investor, from the cautious to the adventurous. Furthermore, they only take £1 to open, more than enough to adhere to Charles Lamb's prescient advice and cultivate simplicity.

THE WEEK IN NUMBERS

The Advertising Standards Authority has ruled that bloggers and 'influencers' boasting more than 30,000 social media followers are to be considered 'celebrities' and subject to advertising rules. The ruling stands irrespective of how the followers were acquired - many 'celebs' buy them.

A medieval chess piece bought for a fiver in 1964 has been sold at a Sotheby's auction for staggering £735,000. The piece had been kept in a drawer for decades, the owner unaware of its market value. Get searching...

Game loot boxes that feature in video games and dispense random in-game items including characters, weapons (natch) and costumes are, according to some MPs, as 'bad' as roulette wheels. One newspaper investigation discovered that in 2017, EA Sports collected more than £500 million from loot boxes in its sports games.