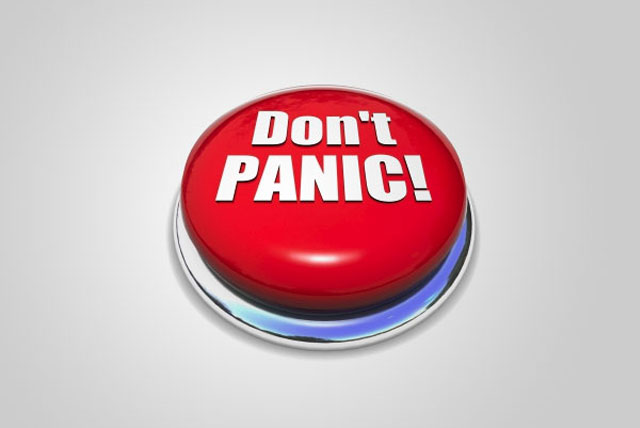 It’s far from over but the time to panic was some time ago.

If, like us, you enjoy reading the investment opinions of market participants ranging from the sublime to the ridiculous then you’ll know 2012 is already a vintage year.  Readers of the financial media are offered up a daily smorgasbord of views about how to get out of the eurozone crisis or how to tweak George Osborne’s plan A into a B, C or D.  But the problems facing markets today are as seemingly insoluble as they have ever been and this has affected market behaviour as it drifts towards the quieter summer holiday months.  With no end to the stalemate in sight, the vast bulk of the market has already decided to strike camp in Gilts indefinitely or simply sit on the sidelines hoarding cash waiting for clarity that never comes.

This has left the playing field open to the influence of a relatively small number of investors with the confidence to make a market in stock and bonds. With volumes of equity trading running at a very low levels, what limited investor activity exists can have a magnified effect and has given rise to more technical commentary based increasingly on the short term and from more of a sentimental, rather than analytical, standpoint – which is understandable.

The phenomena of “sell in May and go away” and similar observations of market psychology have been well documented.  Recently, an excellent FT article by Gillian Tett pondered the psychology of markets dealing with the increasing frequency of disasters and crashes - something a previous generation only discussed relative to the long-forgotten crashes of 1929 and 1987.  With so many shocks to the system in just the last 15 years (Asia crisis ’98, dot.com, 9/11, Iraq, Afghanistan, Lehman and eurozone etc), the theory goes that the super low interest rates now prevailing could be more a factor of embedded fear and associated shorter investment horizons and less to do with the positively-hailed effects of quantitative easing.

Many years ago, the Evening Standard columnist, Anthony Hilton, drew attention to a potentially fragile stock market which had enjoyed something of a rally but was heading into The Season in the UK starting with the Chelsea Flower Show, Ascot and Wimbledon.  At such times, he said, it isn’t unusual for City bosses to head off to the races with some degree of complacency, content in the knowledge that nothing too bad can happen when it’s so quiet.  For the most part this may be an entirely reasonable assumption in the context of longer investment horizons but, human nature being what it is, the seeds of misfortune are often sowed by leaving instructions to junior staff not to “set fire to the farm”.   And so, instilled with a mix of fear and duty, nervous fingers rest on sell buttons all around the City ready to press them at the first sign of bad news.   A purely anecdotal assertion, but not without ring of truth about it.

In a similar vein, following on from the usually twitchy trading period in May, we now find that this market is fertile ground for large index moves of 2% in either direction on the back of otherwise un-noteworthy news.  Indeed, while we can read between the lines of yesterday’s comments from ECB president Mario Draghi and see a mild positive, it wasn’t really news at all and the supporting comments from José Manuel Barroso was so much of the same old failed rhetoric that one had to check to see if the TV was live or just a recording from any one of the last 19 EU summits. But the markets noted that the language “whatever it takes” was identical to that of the Federal Reserve during the low of 2009 and loved it.  Equities rose around the world, PIIGS yields fell and haven yields rose.

However, we believe that the media is doing what it always does by linking the rise entirely to this one development.  If paying lip service to the market was all that was needed, it would’ve worked in December last year.  Rather, we believe that the longer term positive view on equities is now starting to prevail.  There is still a lot of fear in the market and recovery will not be without occasional setbacks but we are positioned well to benefit from a rally continuing to build in momentum.