A Tale of Two Budgets 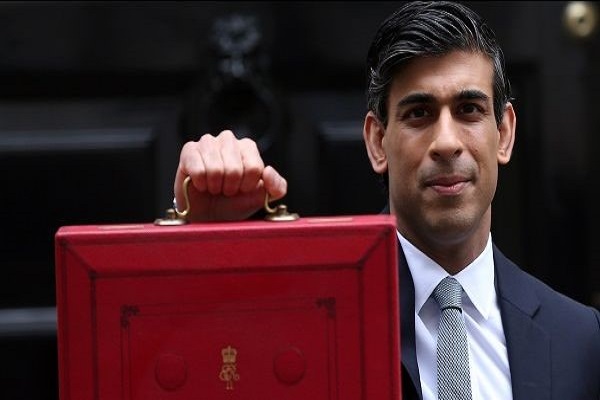 Sky News viewers were left perplexed last week as the Chancellor’s briefcase mysteriously changed colour from red to green in front of their eyes. A camera trick? Certainly. Symbolic? Curiously.

The headline from Rishi Sunak’s budget is that of a vast and immediate relief in the form of £65 billion in support this year and next on top of the current £270 bn. The continuation of Furlough until September will be critical in meeting the Office of Budget Responsibility’s (OBR) unemployment forecasts peaking at 6.5%. After the deepest recession in history, this would be an impressive feat. Further measures include the ‘super deduction regime’ which allows companies to cut their tax bill by up to 25p for every £1 they invest as well as expanded relief for the self-employed and the continuation of the temporary rise in universal credit. This large stimulus package mirrors the Chancellor’s existing modus operandi aimed at mollifying the economic hardship Covid has brought.

The dichotomic nature of the budget emerges upon considering its second act which saw the Chancellor spare no time in laying the foundations for balanced books, paying back the debt brought by these vast measures. He unveiled a scheme to cut spending and raise taxes to the tune of £50 billion, relative to pre-pandemic plans. The Chancellor’s planned rise in corporation tax to 25% in 2023 represents a historic U-turn in recent Conservative policy as Sunak becomes the first Chancellor to raise the tax on company profits since Labour’s Denis Healey in 1974 - a far cry from George Osborne’s cut to 19% in 2016.

It is also important to note that the policy to freeze the income tax personal allowance is a ‘stealth tax’ and is likely to act as a fiscal drag which, according to the OBR, will mean 1.3 million more people paying income tax and an extra million paying the higher rate of tax. Thereby raising an extra £8bn taking the total tax burden to 35 per cent of GDP in 2025-26 - its highest level since Roy Jenkins was Chancellor in the late 1960s.

Although everything must eventually be paid for, at this juncture these tightening policies feel somewhat like a castle in the sky tethered to the ground by a series of economic forecasts which may underappreciate the unpredictability of a pandemic recovery. A potential oversight concerns dealing with the huge additional pressures arising from the pandemic beyond next year with no additional funds budgeted for the myriad of new spending pressures such as ongoing test & trace, vaccinations, NHS backlogs & education catch up to name but a few. In fact, the forecasts involve spending cuts, relative to the pre-pandemic plans, of £17 billion. During a year key workers were heralded for keeping the country going, large scale budget cuts and a 1% pay cap have been described as a ‘kick in the teeth’ by health service unions.

The UK’s last recovery from a major recession was in 2010, when George Osborne prioritised balancing the books through austerity measures. After the Global Financial Crisis, the Treasury estimated trend GDP would fall by 5%. By 2010 GDP was 10% below the pre-austerity trend and by 2013 the shortfall was at 14%. Today, you can add the complexities of Brexit which are beginning to feel very real (OBR estimate a 0.5% GDP hit from a Brexit trade drop this quarter alone) and the sheer magnitude of the situation we face (the UK has suffered both the worst excess mortality rate in Europe from COVID-19 as well as the largest recession of any G7 country in 2020) and you can see it is crucial that the Chancellor’s policies are impeccably timed and suitably accommodative.

Thankfully, we are now at a time where we can finally start to look forward. The highly successful vaccination programme offers a path toward, albeit not certainly, a recovery. There is now a date for a broad economic re-opening unleashing a wave of pent-up demand which will go a long way in repairing the UK’s largely fractured service sector. Early data from both Israel and the UK looks very promising to vaccine efficacy and as light appears at the end of a long tunnel, one can understand that this was enough to turn Sunak’s attention to the growing deficit.

The Bank of England’s Chief Economist recently described the UK economy as a “coiled spring” poised for a sharp growth rebound upon restrictions lifting. The nature of a pandemic induced growth shock ensures that once cases are controlled there is very little reason to think the rebound would not be similarly swift. However, as we have all witnessed first-hand, Covid remains immensely stubborn and even with a vaccinated nation high cases, albeit less fatal, lead to higher chance of mutations which can be fatal.

TAM remains very positive in UK equities in the medium-term, but as always diversification is king. We have built a balanced exposure, both in the domestic market but also across global equities that we are confident is poised for a wide range of contingencies. The clear path of future taxation for corporations offers them the assurance to plan and rebuild with the super deductions encouraging investment that will be vital to a sustained recovery. After years of Brexit uncertainty, UK investors such as TAM welcome clarity but the long-term scars to our economy should not be understated to achieve this.

Last month, Jonathan Van-Tam coined the metaphor of the UK being 3-0 up in the fight against Covid. As an avid watcher of Arsenal, I know this is far too early to feel comfortable. Repaying the incredible amounts of debt will be vital in the country’s preparation for potential crises down the road and the Chancellor’s job is truly an unenviable one as he juggles vital fiscal accommodation with necessary consolidation. However, at this nascent stage of optimism, it remains crucial that the Government first lay the strongest possible foundations for the economy, allowing for a robust and balanced recovery.

A Tale of Two Budgets
PREV ARTICLE
Is the UK economy rising from the ashes?
NEXT ARTICLE
ESG: Playing the long game