TAM's view on the Autumn Budget: Has the leopard finally changed its spots? 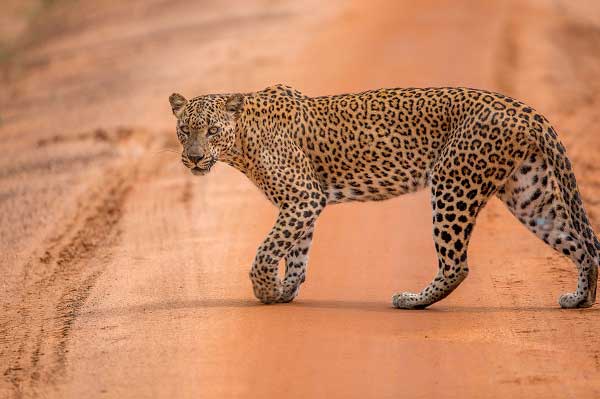 As the fiscal outlook of the Chancellor was being presented on Wednesday, it would be fair to say that viewers could slowly feel a metaphorical Tory galleon had set sail on a trajectory for what one could call no other than ‘tax and spend’. With no indication of National Insurance and Corporation Tax hikes being pulled back, and a major increase in public spending, Rishi Sunak’s proposals seemed a far-cry from the traditional Conservative governments of the past.

So, the notion that a buoyant Autumnal Budget - cushioned by the news of an upgraded growth forecast from the Office of Budget Responsibility (OBR) - was necessary, seems more than tenable. The projection, which predicted the UK economy would settle just 2% below its pre-pandemic levels rather than the 3% projected in March, implied a reduced long-term impact from COVID and therefore a loftier Budget. The fortuitous growth-upgrade left Rishi Sunak with a £35bn bounty which looks like it will be divvied up between underlying UK public finances and more spending on public services to offset rising inflation.

The overall rhetoric from the Chancellor’s reveal on Wednesday was one of ‘preparing for a new
economy post-Covid’, and given the Tories are now presiding over the highest levels of taxation in 70
years and the greatest expansion in public spending since the 1970s, it’s clear that this upgrade has been the cornerstone of Sunak’s focus on investment rather than retrenchment.

Thus, in sum, this Budget starts with understanding the outlook for the economy and public finances. So, as well as an improved growth forecast, the OBR also expects an increase in Gross Domestic Product (GDP) by 6.5% for 2021 instead of their original 4%, allowing the economy to get back to pre-pandemic levels sooner than expected. However, although real growth rates are usually the protagonist for the Budget, on this occasion they were the supporting actor to inflation predictions, which seem to have been the rather large (unsurprising) elephant in-the-room. Expectations are that inflation will peak at 4.4% - the highest level since October 2011 - and as a result living standards will be hit, causing real household disposable income per person to reach pre-pandemic levels only in the second half of 2023.

These inflationary worries - a reflection of global supply bottlenecks and soaring energy prices - are not paramount for the OBR or the Treasury as they deem the expansion of wages and tax bases to
overcome the costs of seeing to the £2tn Whitehall debt pile. This buoyant revenue prediction has
prompted the OBR to forecast public borrowing in 2021-22 to be £183bn, shy of the £234bn predicted
in March, and in turn has allowed Sunak to peacock his ability to meet his core fiscal rules: balancing the budget less net investment with cash to spare (£25bn); and tackling the behemoth task of reducing
public sector debt.

Sunak’s previous rhetoric of sticking to the spending totals outlined in the March Budget appears to
have been a ploy to negotiate with government departments as he finalised three-year budgets with
them. So it comes as no surprise that he increased total departmental day-to-day spending each year
from 2022-23 by at least £24bn, although most of the additional cash will simply cover higher inflation.
Hence, as the forecasts from the OBR represent, the conclusion is that Sunak has been given some
leeway from higher nominal GDP, yet has (crucially) thus far chosen not to scale back his plans to raise National Insurance and Corporation Tax, and has instead used the bumper package to increase public spending.

So where does this all come out in the wash?

Among the winners on Wednesday were the healthcare and education sectors, with the ‘Levelling-Up’
agenda also receiving a boost. The National Health Service (NHS), which has been stretched to breaking point up to, and through the pandemic, has finally received a financial glow-up in the form of a 3.8% rise in day-to-day spending. Although this will bring the sector’s budget up to £162.2bn in 2024-25, various niggles were pointed at: a lack of clarity in the proposed asset allocation to combat severe staff shortages, compounded by the decision to add no additional funding for local authorities to deliver preventive treatment, despite COVID exposing the link between deprivation and worrying health outcomes.

Education received timely assistance in an £18.4bn uplift - equivalent to a real-terms growth rate of 2
per cent per year - and an additional £1.8bn was pledged to aid children to catch up on lost learning due to lockdowns. Although the numbers look promising, Paul Whiteman - secretary of the National
Association of Head Teachers - was, albeit unsurprisingly, of the opinion that the investment doesn’t
come close to the ‘goals or the future needs of the country’. Only time will tell whether this educational
endorsement from the Treasury is enough to push through their promise of a tour-de-force skills
revolution.

Of the last major headlines, the ‘Levelling-Up’ agenda in which the Tories’ espoused aim to invest in
more areas outside the South-East of England was on the whole received positively; a sector deemed
vital for neglected cities to ‘catchup’. Sunak’s answer was to increase funding by 9.4% to £12.5bn by
2024/25 making it one of the largest hikes across Whitehall, and indeed one of the largest increases in
core funding for over a decade.

Looking forward, the darker times of COVID-19 seem ever more distant, and given the efficacy of the
vaccine and the impressive roll-out through the course of the year, it would seem - if I dare say it - a new era is on the horizon. We are beginning to see a slight tail-off in the coiled spring that was the British economy post-Covid. However, growth prospects seem more positive than ever, and investment in the UK looks particularly promising.

Yet, with interest rate hikes incoming and a potential economic slowdown, compounded by supply chain issues and labour shortages, TAM remains bullish on high-quality value within the UK that can survive an economic growth scare if one comes. But like always, having a risk-adjusted portfolio that champions diversity is key to TAM and the portfolios asset mix remain spread across high-quality asset classes with strong conviction.

Further, the value-favoured macro view does not negate the euphoria of growth stocks and it would be
wrong to say that TAM does not see value in certain growth opportunities across global equities. Alas,
there are certain signs that impinge on the investor - such as this novel Tory-style budget - that the last
decade of low interest rates and benign inflation is very different to the one that lies ahead.

TAM's view on the Autumn Budget: Has the leopard finally changed its spots?
PREV ARTICLE
Progress is never linear
NEXT ARTICLE
A turn around for Chinese equities?